Gutterball Surplus is an exhibition of new works on paper by Nicolau Vergueiro opening on June 4th, 2022 at ORTHODOX. An accompanying publication, with images of the works from the exhibition and original texts, will also be produced. 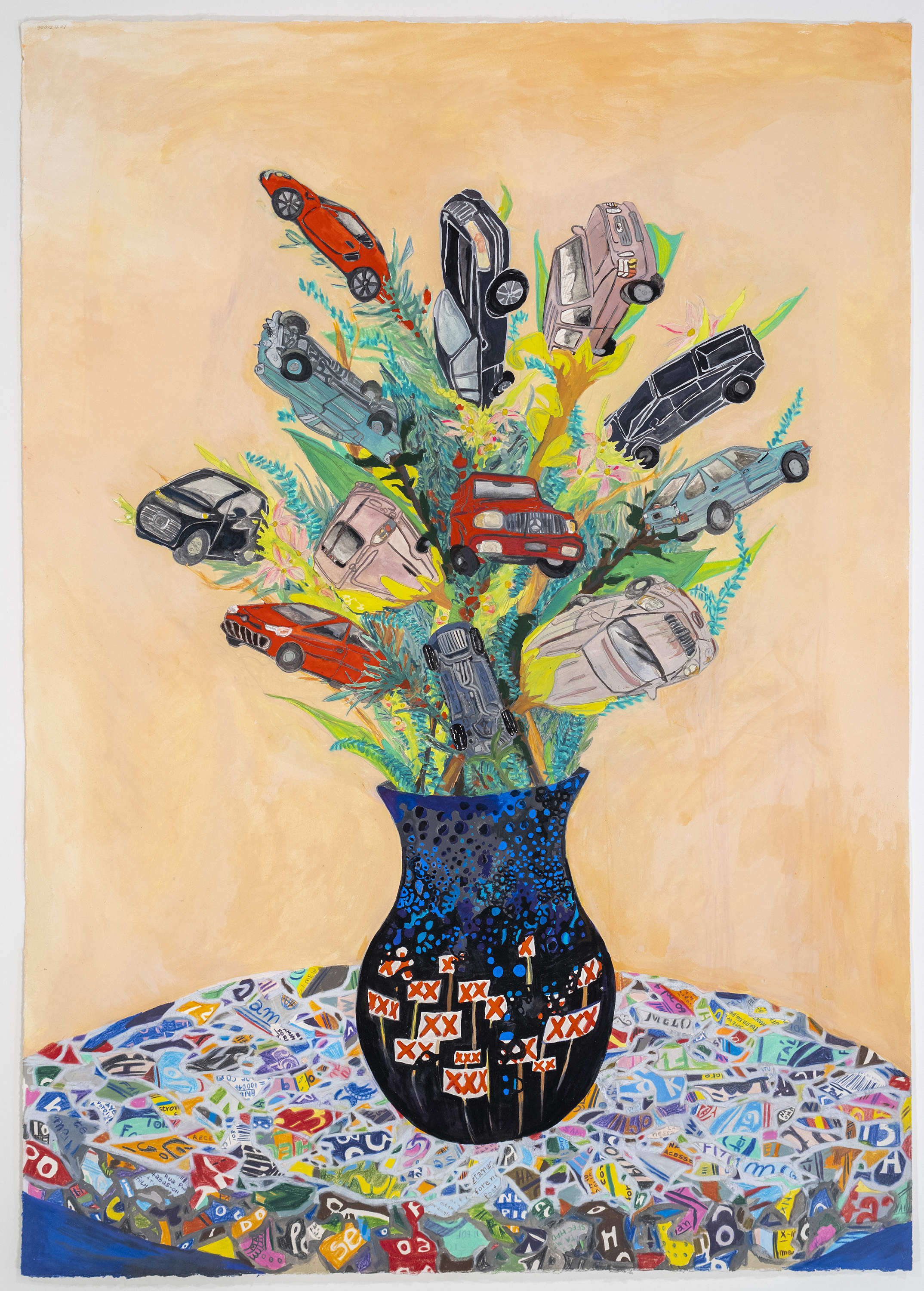 Nicolau Vergueiro’s exhibition of drawings, Gutterball Surplus, at ORTHODOX from June 4th to August 14th, tells stories of personal and seismic change—identity and displacement, power and colonialism, the cost of consumerism—with a pedagogic urgency on pace with a dying Earth. For Vergueiro, the time is now.

Meeting the moment, Vergueiro’s practice has significantly transformed over the past few years, expanding, perhaps most notably, into writing.  What began as an exercise in formal experimentation—“I took master classes, workshops, meditated and went to the library every day, talked to other writers, awkwardly creating a voice”—has become a serious endeavor. Vergueiro will publish his first book, A Mochila Desobediente (The Unruly Backpack), with support from the Municipal Secretariat of Culture of the city of São Paulo, a hybrid collection that explores “questions of globalization, decolonization, and self-help” through essays, poems, and stories “that debate theories about overconsumption and waste society.” In form and content, Vergueiro’s writerly turn looks a lot like the pared-down move to drawing with colored pencil and gouache in Gutterball Surplus, a show that rifles through words and stories, myths and symbols, “illuminating,” like his forthcoming book, “the author’s affection and critical eye towards our material culture in the fourth industrial wave.”

Some of the works are steeped in symbolic language and narrative tropes, the words just outside the frame. Welcome Home is a series of three drawings of floral bouquets, a prosaic symbol of bourgeois luxury. Vergueiro’s bouquets, however, poke fun at the outsize cost of frivolous consumerism: the flowers are in fact shiny colorful cars and the tablecloth they sit upon  made of trash and product labels. In OK Boomers, a sky filled with cartoonish hands foregrounds a solitary ladle, its meager output contributing to an illusory dessert that is crushing the city below it, a comment on trickle-down economics and the junk fantasy of class ascendancy. Pussy Choke, the show’s pièce de résis​tance, is a feminist retelling of Medea and an announcement of a new world: a woman crushes a king between her legs while a high-rise totem representing solar energy looks on approvingly—“The sun goes back to being the only source of power.” These drawings do work for the future, creating imaginary spaces that serve as directives for tomorrow.

The works in the show that employ words and letters directly are more abstract in their messaging. A series of alphabet works, a practice Vergueiro started in 2013, play on the act of making meaning with language by dressing up letters in other forms. In Snob Alphabet, letters are made out of delicate flags, conflating the work and words of nations, making ideology out of all efforts to communicate. Each letter in Punish Alphabet is an elaborate instrument of torture, a comment on the English language as a tool of colonialism and Western control, as well as an emotional, if ironic, plea for different tools. Missing My Beloved Cold War, a drawing of a transparent phone from the 1980s whose cord spells out the work’s title, plays with sentimentality and nostalgia, both embodying and critiquing the preference for past horrors over present ones. Taken as a whole, the torrent of colors and codes, stories and warnings, odes and catastrophes in Gutterball Surplus reveals an artist at his most visionary, I can’t wait to see what he sees next. 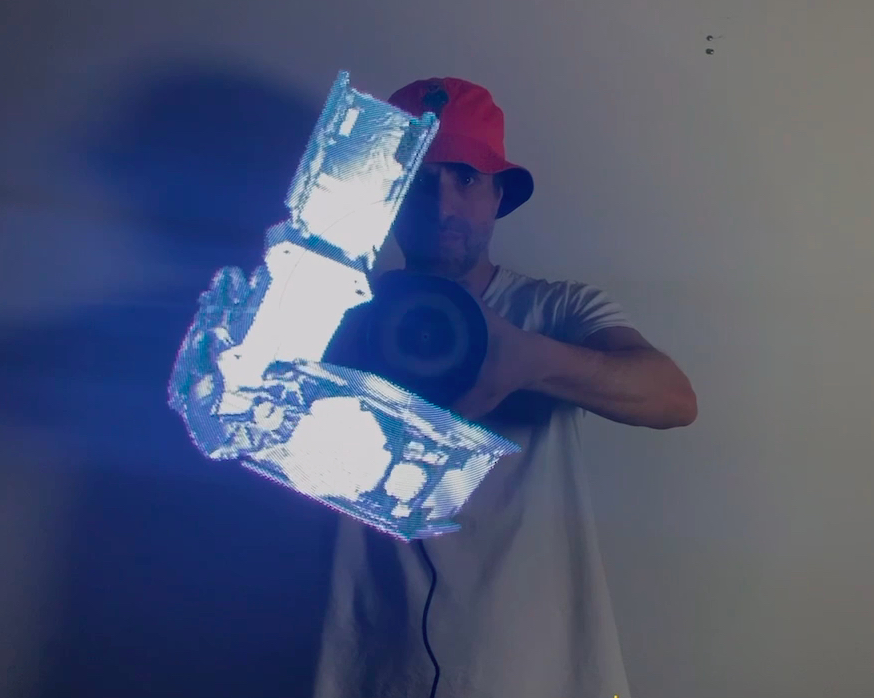 Born in New York, 1977, from exiled Brazilian parents, Nicolau Vergueiro’s binational upbringing made him an immigrant in both countries. He received a Bachelor in Arts at UCLA in 2000 and Master in Fine Arts from CalArts in 2002.  Vergueiro has been active in the art world since his first solo exhibition Object Yes, Object No (Golinko Kordansky Gallery, Los Angeles, 2004). His work speculates on the infrastructure of our material culture and appropriates found narratives and materials to create drawings, paintings, sculpture, video and text.